Disassembly of the bridge with the launcher (spring 2021) 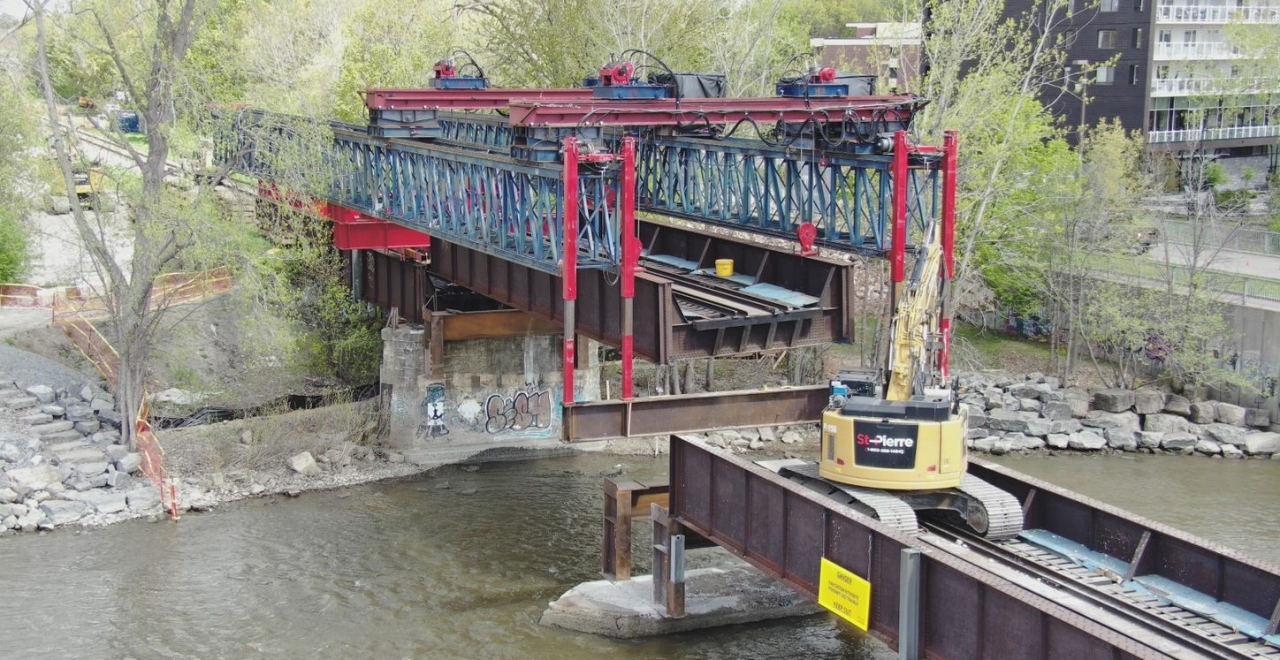 Nature of the work

The bridge spanning the Rivière des Mille Îles between Laval and Deux-Montagnes will be rebuilt to allow for the doubling of railway tracks. This work will entail:

* The sequence is subject to change. Activities could be required before and after the scheduled time frame to mobilize the equipment and complete work begun during the day.

The work will involve truck traffic to transport the material and equipment, including 168 girders and a launcher, a large machine for the work on the bridge. Transports by truck will occur mainly on the Laval side, via Les Érables Street.

Just as on any construction site, the work can cause noise, dust and vibrations.

Map of the work 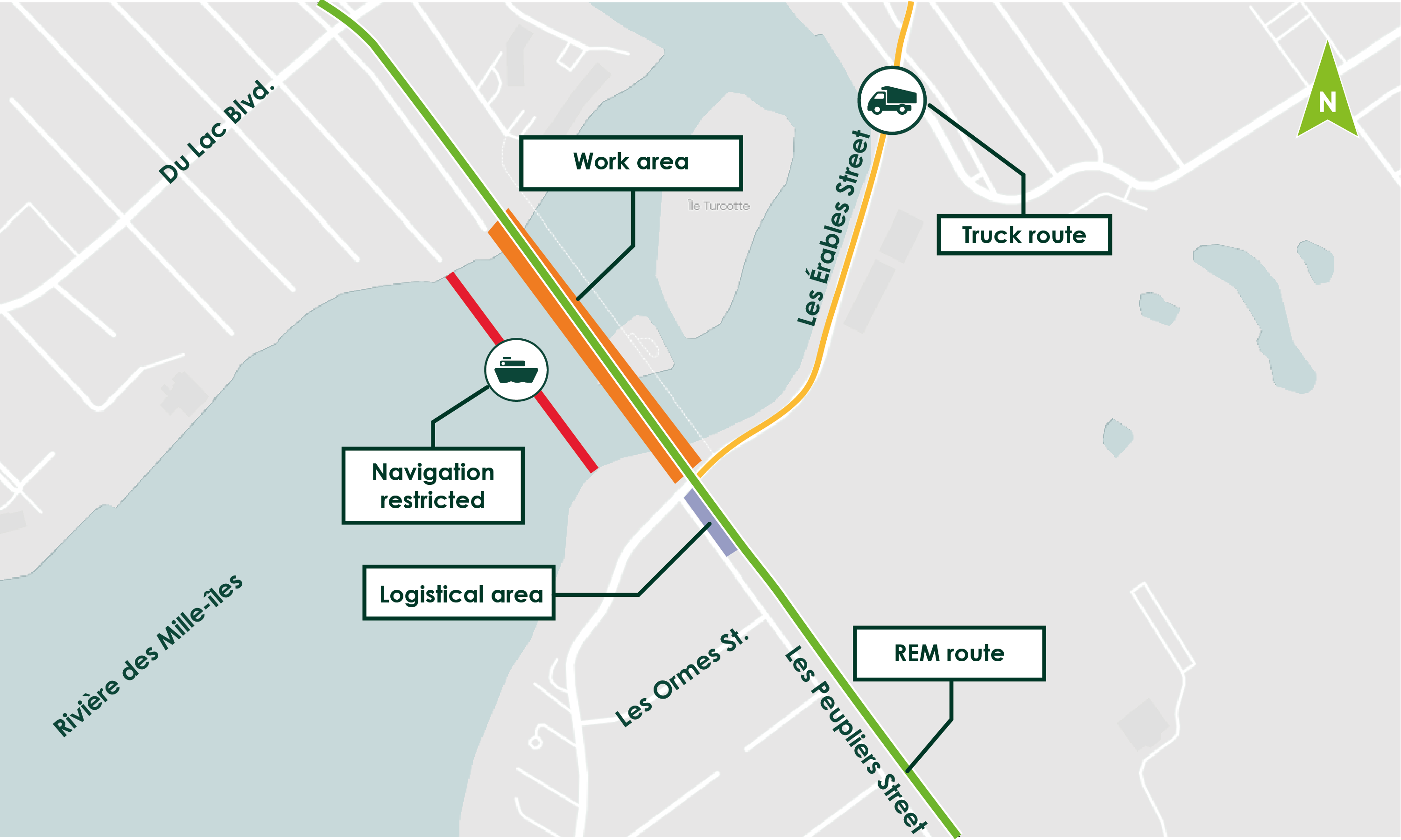