Second phase of construction for the REM’s McGill station

The second phase of construction on the Réseau express métropolitain’s McGill station will begin January 14, 2019. This phase involves building the pedestrian tunnel that will link the existing metro station to the REM’s new McGill station. This underground tunnel will be located under De Maisonneuve Boulevard West.

The work will be on De Maisonneuve Boulevard West between Robert-Bourassa Boulevard and McGill College Avenue and will include the following steps:

After this phase, the work will continue until the planned commissioning in 2022. The third phase of the work, which will begin in spring 2019, will mark the start of excavation of the McGill station on McGill College Avenue. A detailed Works info will be released before the work begins.

The work will generate noise and dust. Obstacles to vehicle, pedestrian and cyclist traffic will be set up**, as described and presented below: 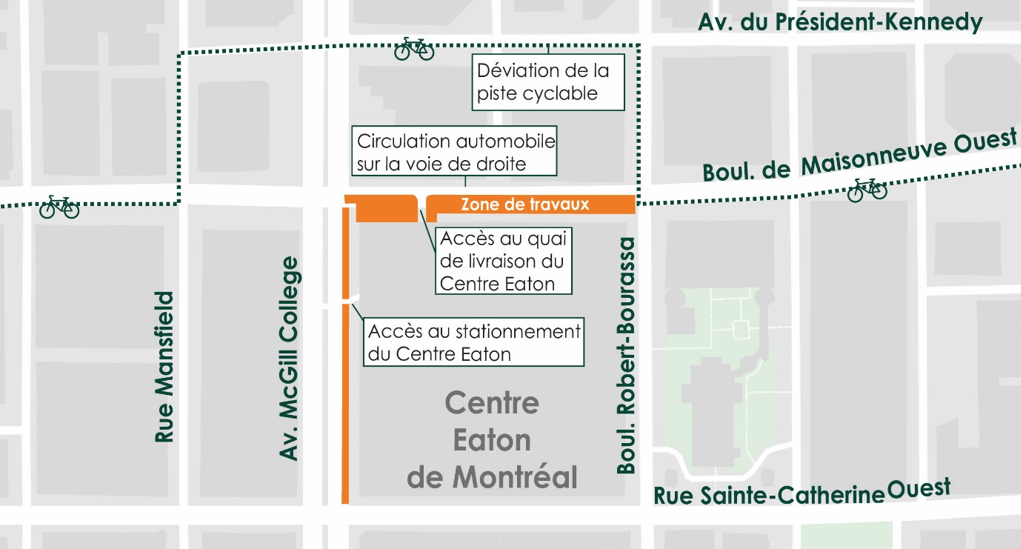 Furthermore, the work may generate a few occasional obstructions at night or on weekends on De Maisonneuve West at the corner of McGill College Avenue. Specific Works Info notices will be released for these obstructions, as need be.

*Work will be carried out between 7 a.m. and 7 p.m. Work before and after this time period will be necessary to mobilize and demobilize all the elements required to perform the work and to clean up the site. **For information purposes only. The obstacles described and presented are subject to change.