The REM will serve four stations on the North Shore in 2023. Here are the information to better understand about work being carried out in your area.

The REM will gradually replace the Deux-Montagnes line in 2022 and 2023.

Work in 2019-2020 will mainly consist of  building new covered stations between Gare Centrale and Du Ruisseau, which will require closing the Mount Royal tunnel and complete suspension of commuter train service between these two stations.

Geotechnical surveys and relocation of public and municipal utilities will continue along the route, in order to provide data that is critical for designing the REM’s stations on the North Shore.

Even though construction of the Laval and Deux-Montagnes stations will only begin in 2022, preparatory work will begin in the coming months.

In 2019-2020, the main work in the area will be the construction of new railway bridges for REM traffic, on both sides of the Laval Islands. Between Montreal and Laval, we are building a brand new two-track rail bridge, adjacent to the existing rail bridge, while the bridge located north of the Islands will be doubled.

Around mid-2021, when the complete interruption of service on the Deux-Montagnes commuter train line occurs, construction work on the two stations will begin.

The Deux Montagnes station building, which will eventually be demolished, was closed to the public in December 2018; signs were posted on all four doors.

In Saint-Eustache, construction is nearing completion on the temporary garage for exo trains. This garage will allow us to convert the permanent exo maintenance centre so it is compatible with REM cars. 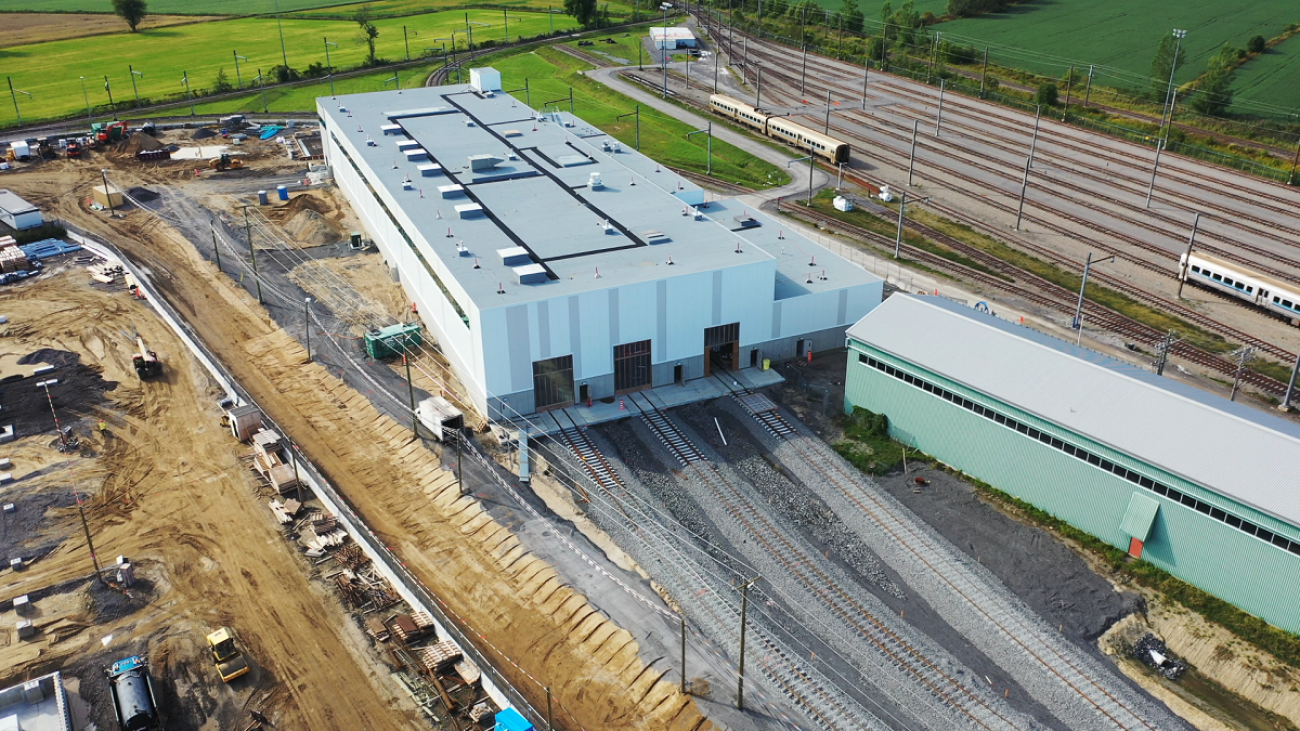 Construction of an overpass on Du Lac Boulevard in Deux-Montagnes

Unconventional technique for building a bridge on the North Shore: The counterweight launching method explained

Published on September 10, 2020
Read Unconventional technique for building a bridge on the North Shore: The counterweight launching method explained
REM in service

The 3 best ways to explore Greater Montréal with the REM

Published on August 19, 2020
Read The 3 best ways to explore Greater Montréal with the REM
Community

Work on the Deux-Montagnes line explained

The REM's work represent a major challenge. We present the work in progress and the long-terme work schedule.

All stations of the current Deux-Montagnes line will be served by the REM. Édouard-Montpetit (blue line) and McGill (green line) stations are added to the existing line, favoring connection with the metro. Of course, the REM will also connect you to Montréal-Trudeau Airport, Technoparc Montréal, the South Shore and parts of the West Island.

No pedestrian traffic is planned for the Roger-Lemoine woodland nature reserve. Users will access the station by way of the existing streets.

New infrastructure will be built for the REM route and our teams are still analyzing whether the existing bridges will be dismantled or maintained, and what use will be made of them.

For the commissioning phase of the project, we intend to maintain current sound levels and will take the necessary steps to keep noise impact to a minimum during the operations.

NouvLR, the consortium in charge of REM construction, is currently taking sound measurements all along the network in order to refine the models. Now that the consortiums for the construction and the rolling stock have been selected, we know which type of vehicle will be used and have a better understanding of how sound will travel in the REM’s right of way. The models being developed will serve to determine the mitigation measures to be put in place.

When assessing the noise impact of the REM, we must bear in mind the following:

It is important to note that with the REM, a number of sources of railway noise will be reduced, particularly noise resulting from engine propulsion, aeration/cooling fans and the rubbing and squealing of the wheels on the tracks. Other sources of noise will be eliminated entirely, including disc brake rubbing, whistling on arrival at the station, and grade crossing alarms.