Work on the Mount Royal Tunnel: The challenges of modernizing a century-old structure

Those who’ve been there know that renovations can be complex and that surprises often lie in wait in the places you can’t see. As the work progresses, it’s not unusual for the list of challenges to grow.

Imagine working on a five-kilometre-long structure built a century ago using construction techniques that are very different from those of today. That is the daunting task faced by our teams charged with renovating, not a house, but a century-old railway tunnel right in the middle of the island of Montréal. 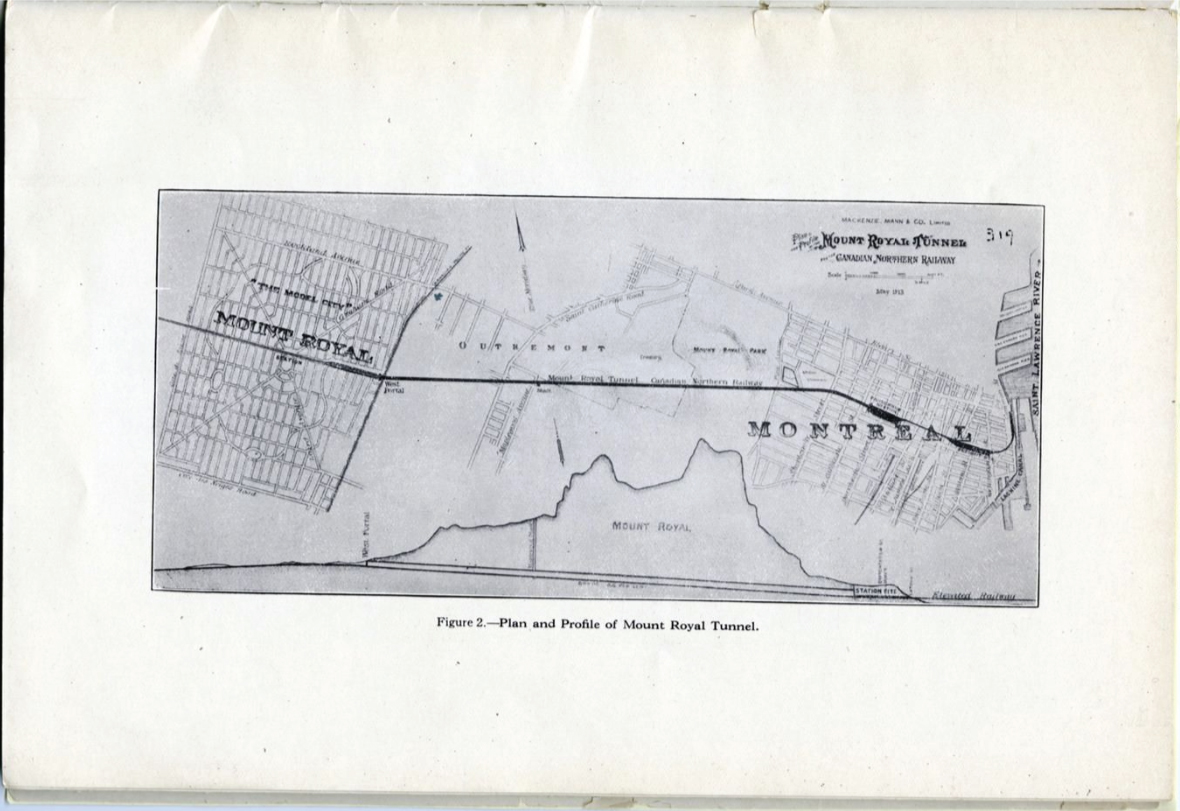 In 2020, our teams faced three major issues related to the work in the Mount Royal Tunnel that are still central to the challenges of modernizing this infrastructure:

Map illustrating the tunnel and the location of various major challenges

1. Explosives left behind in the bedrock

In 2020, as the excavation of the platforms of the future Édouard-Montpetit station began, a detonation occurred. Work was halted immediately, and thankfully no workers were injured. An investigation that took place following this unanticipated incident identified the cause: explosives from more than 100 years ago left behind in the bedrock! 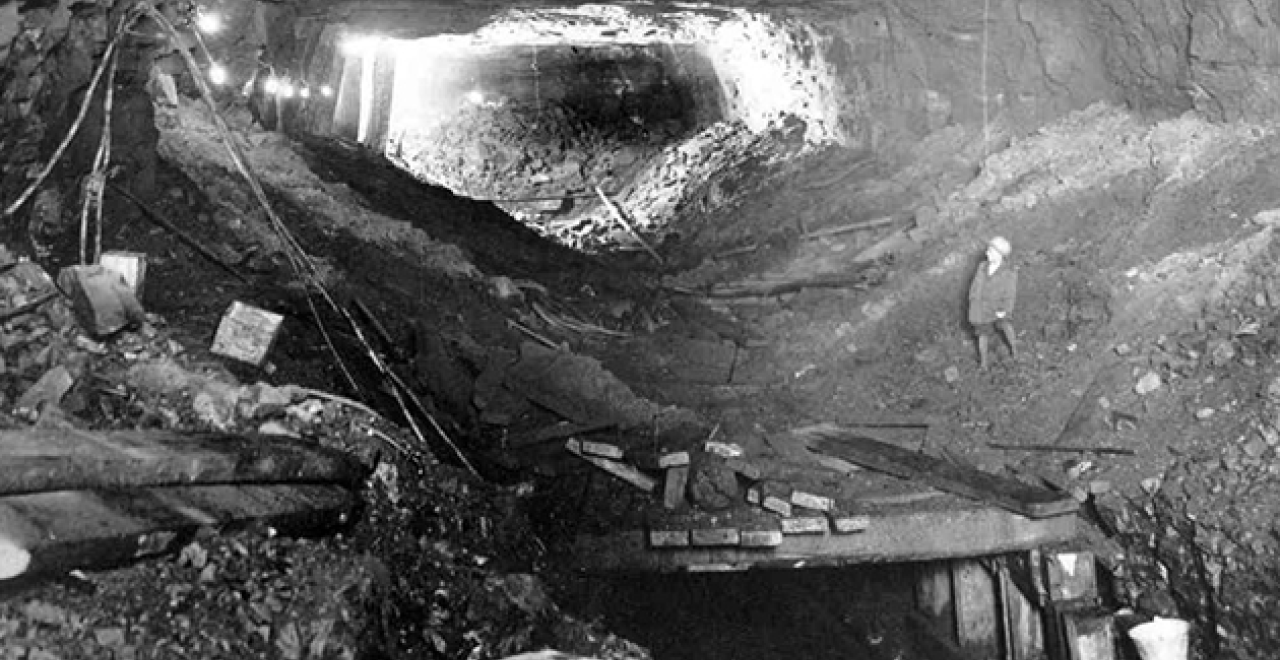 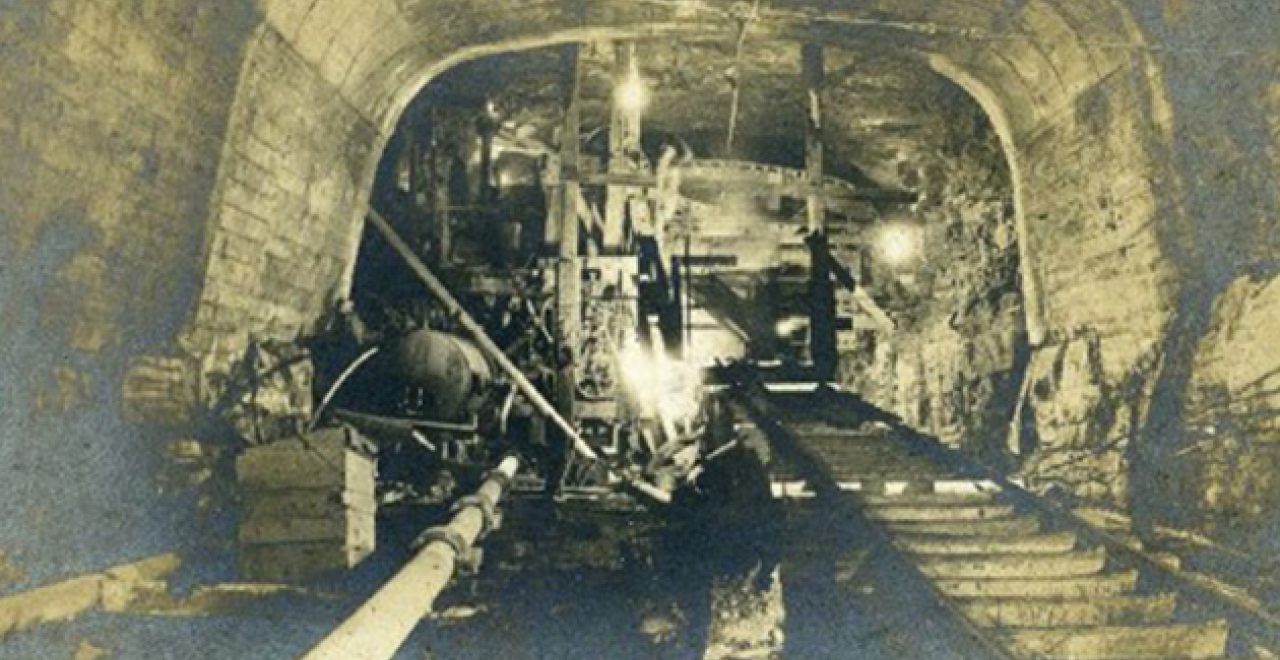 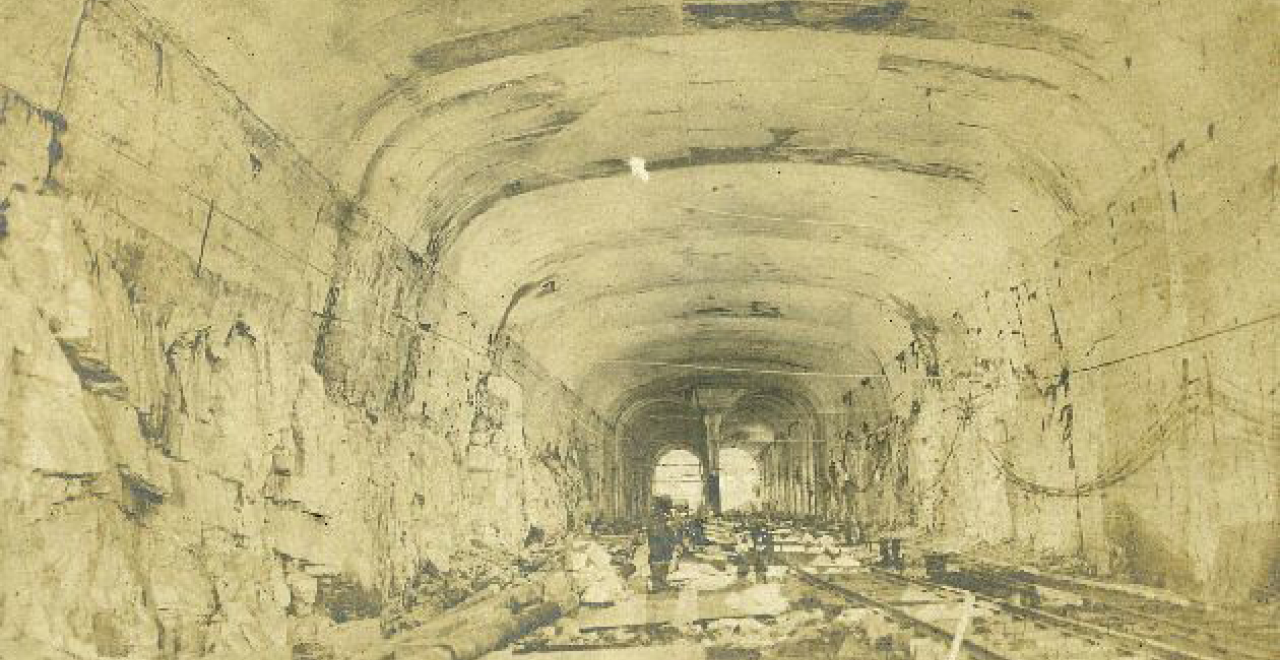 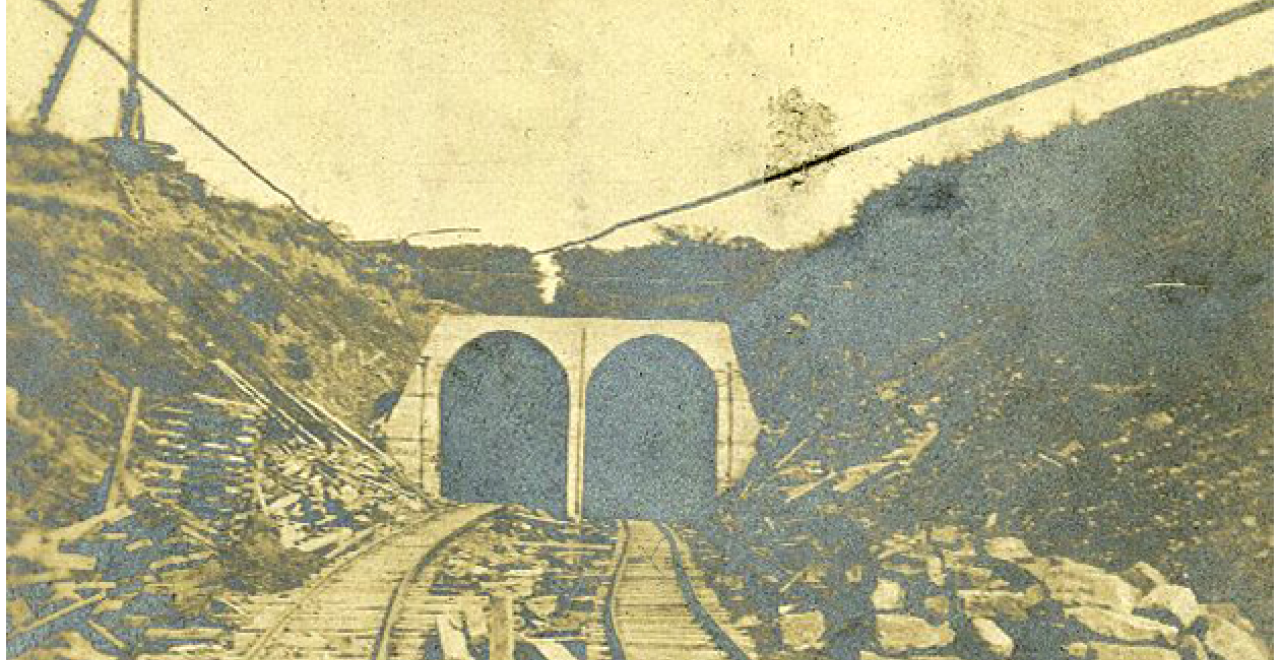 When the tunnel was constructed in 1912, dynamite was used to dig through the bedrock. Some residue of this explosive material that had been left behind all these years was ignited by the heat from the tip of a drill used for the excavation.

Any drilling in the tunnel, even if it does not reach the bedrock, is done using remote-controlled equipment. Although this method takes much longer, it ensures maximum safety for workers while they are on the job. 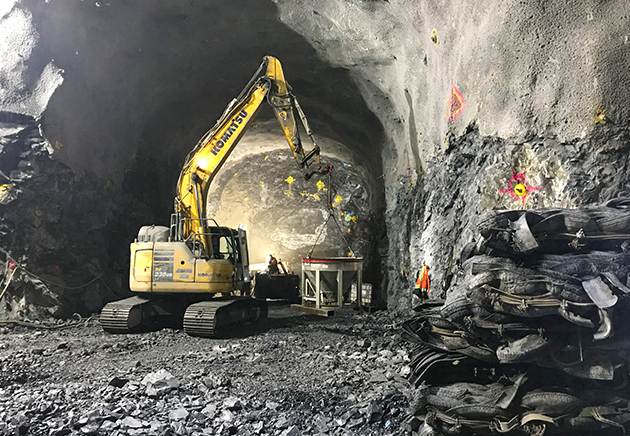 The excavation inside the tunnel in summer 2020. Excavation techniques have evolved considerably and now take place remotely to keep teams safe. 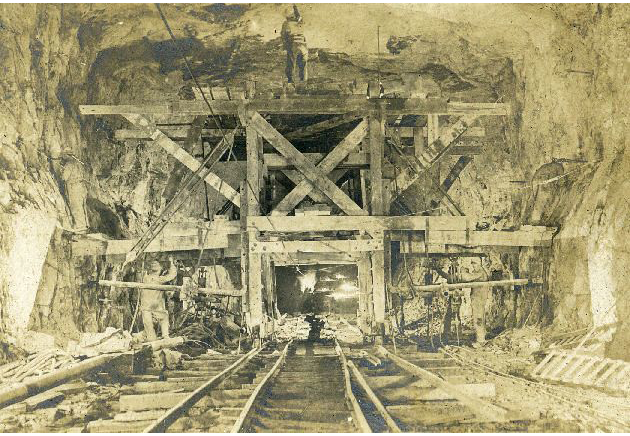 The excavation inside the tunnel in 1912. Credit: Archives de la Ville de Montréal

Looking back at the past few months

The teams had no small task ahead of them. To complete the modernization of the Mount Royal Tunnel, no fewer than 60,000 boreholes had to be drilled! These holes allow, among other things, the installation of anchor bolts in the rock to ensure the integrity of the tunnel and support the vault, in addition to allowing the installation of equipment, electrical cables for lighting and telecommunications cables for radio systems, for example. The central wall and catenaries must also be anchored in the tunnel crown. Anchor holes are therefore also drilled for this purpose using remote-controlled drills.

To date, a lot has been done: nearly 90% of the required drilling has been completed. These drillings were all done with remote robotic equipment. In the global pandemic context of the last few years, this technique, combined with the restricted spaces associated with the activities in the tunnel, made these operations highly complex.

2. Significant deterioration of the structure

Right in the heart of downtown, the teams found another unpleasant surprise: the walls and the arch that make up the structure of the Mount Royal Tunnel at this location were in an advanced state of deterioration. 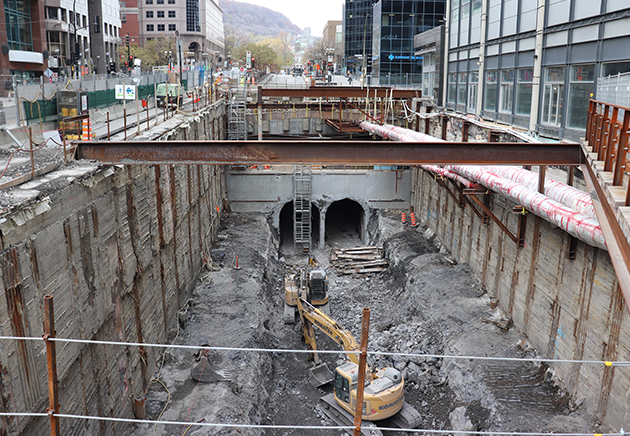 View of the tunnel’s double arch from McGill College Avenue in 2020 . 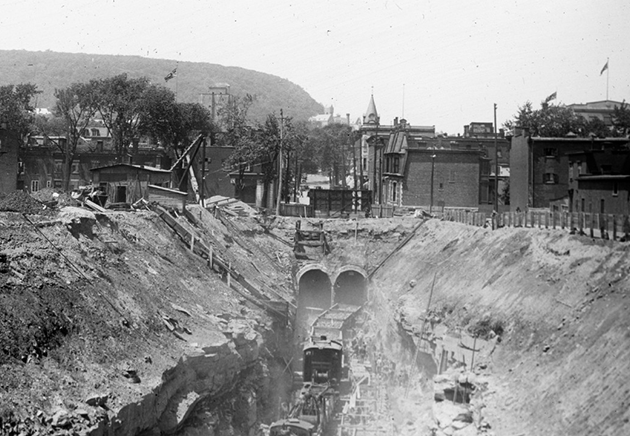 The main cause of this premature deterioration is the use of de-icing salt on McGill College Avenue for many years, combined with the lack of waterproof membranes on the tunnel. Moreover, because of the rounded shape of the double arch, salt water would run off into the centre, in the separating wall. The salt water corroded the arch’s columns and steel beams.

This is a significant challenge because, along with modernizing a century-old infrastructure, the teams had to go back to the existing double arch design and reconstruct it, without causing a collapse on McGill College Avenue.

Looking back at the past few months

Because of the deterioration issue, it was decided to demolish part of the double arch in the southern section of the tunnel and replace it.

The engineers had to analyze a multitude of scenarios, some of which entailed closing Sainte-Catherine Street for several months, and finally came up with the right approach. Using the umbrella method made it possible to demolish the central wall of the vault by concentrating the activities inside the tunnel, and then to rebuild a new single arch. This technique also had the advantage of not requiring any major surface work or closures.

The tunnel deterioration issue and an explanation of the umbrella method by REM experts.

3. The impact of the pandemic on labour shortages and supply chain issues

For more than two years now, the pandemic has been a part of our daily lives. Although the situation has evolved, efforts are still being made on the job sites to minimize the impact on productivity. The advanced expertise required to carry out this work is also a consideration, and without people who possess this knowledge and know-how the work could not progress. Also, like everyone else, our teams faced significant supply chain issues. 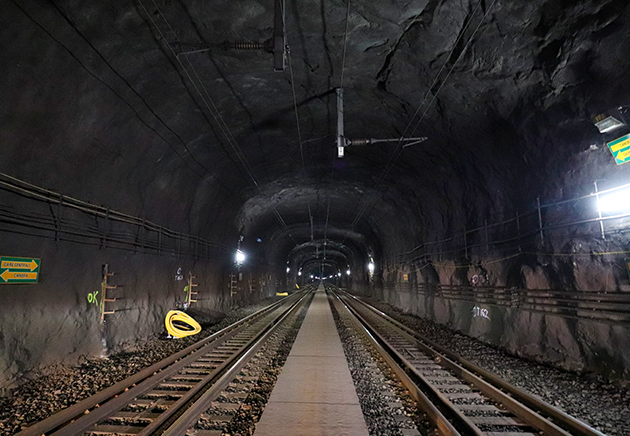 View of the interior of the Mount Royal Tunnel in 2020. 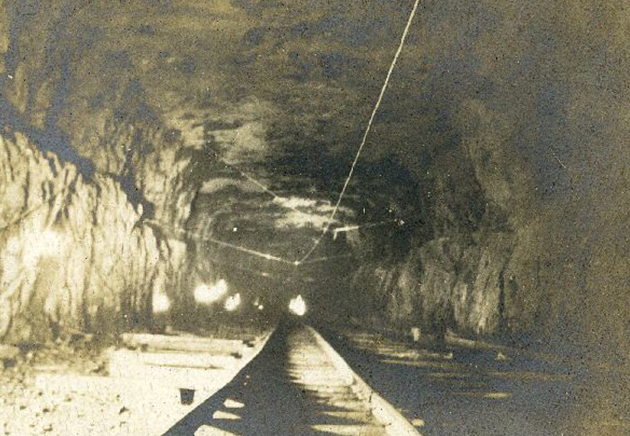 The issues referred to above show the magnitude of the challenge that goes with modernizing the Mount Royal Tunnel. Our teams must continually adapt to unforeseen circumstances and adjust their work methods and planning strategies. As you can see, the Mount Royal Tunnel presents quite an engineering challenge, but in taking it on our teams will extend its life for several more decades for thousands of users who will be able to cross it aboard the REM! 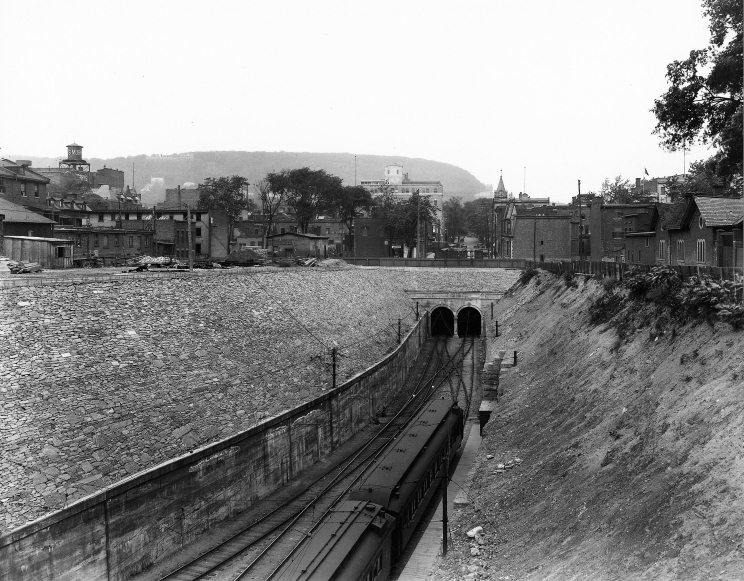 On track with the REM