REM on the South Shore: shorter or longer travel times?

Some people are wondering about this, and it’s important to answer the question. Will the REM save time for South Shore public transit users?

The arrival of a metro like the REM will make travel quicker and more efficient, with significant time savings for users.

Looking at the situation on the South Shore, it had become difficult to maintain more than 450 bus crossings morning and evening to get to and from downtown Montréal. Beyond the reserved lane on the Champlain Bridge, these buses had trouble reaching the Terminus Centre-ville in the morning and found it even more difficult to get to the bridge in the evening.

Analyzing previous studies about building an LRT on the new Champlain Bridge (page 72), we see that the issue of travel time was examined several times in the past. The need for major new transit infrastructure, capable of high-frequency service, was becoming obvious.

Beyond the time savings for most users, this study found that it would take a few extra minutes (approximately 2) for users from more distant South Shore sectors, such as Saint-Jean-sur-le-Richelieu. However, since the REM is faster than the LRT which was then under study, this gap no longer exists.

The REM’s speed offsets this small gap for certain more distant groups, making the transfer to the REM more appealing (see page VIII). If we include the REM’s greater frequency, two new connections with the Montréal metro, and universal access, the REM offers more advantages than the LRT studied at the time, which was already very advantageous for South Shore users.

These advantages will be especially clear for South Shore users on the trip home. In the evening, access to the Champlain Bridge is often clogged.

The new connections to the metro (blue and green lines) are especially important. They provide South Shore users (especially students) with more destinations and two new points of access downtown (Bonaventure and McGill station sectors). As demonstrated by our ridership studies, close to half of users will head directly to McGill.

Creating a new, more direct pedestrian access between the Gare Centrale REM station and the Bonaventure metro station will also greatly facilitate transfers from the REM to the metro. This is one of the issues identified in the above-mentioned study, and which the arrival of the REM improves. 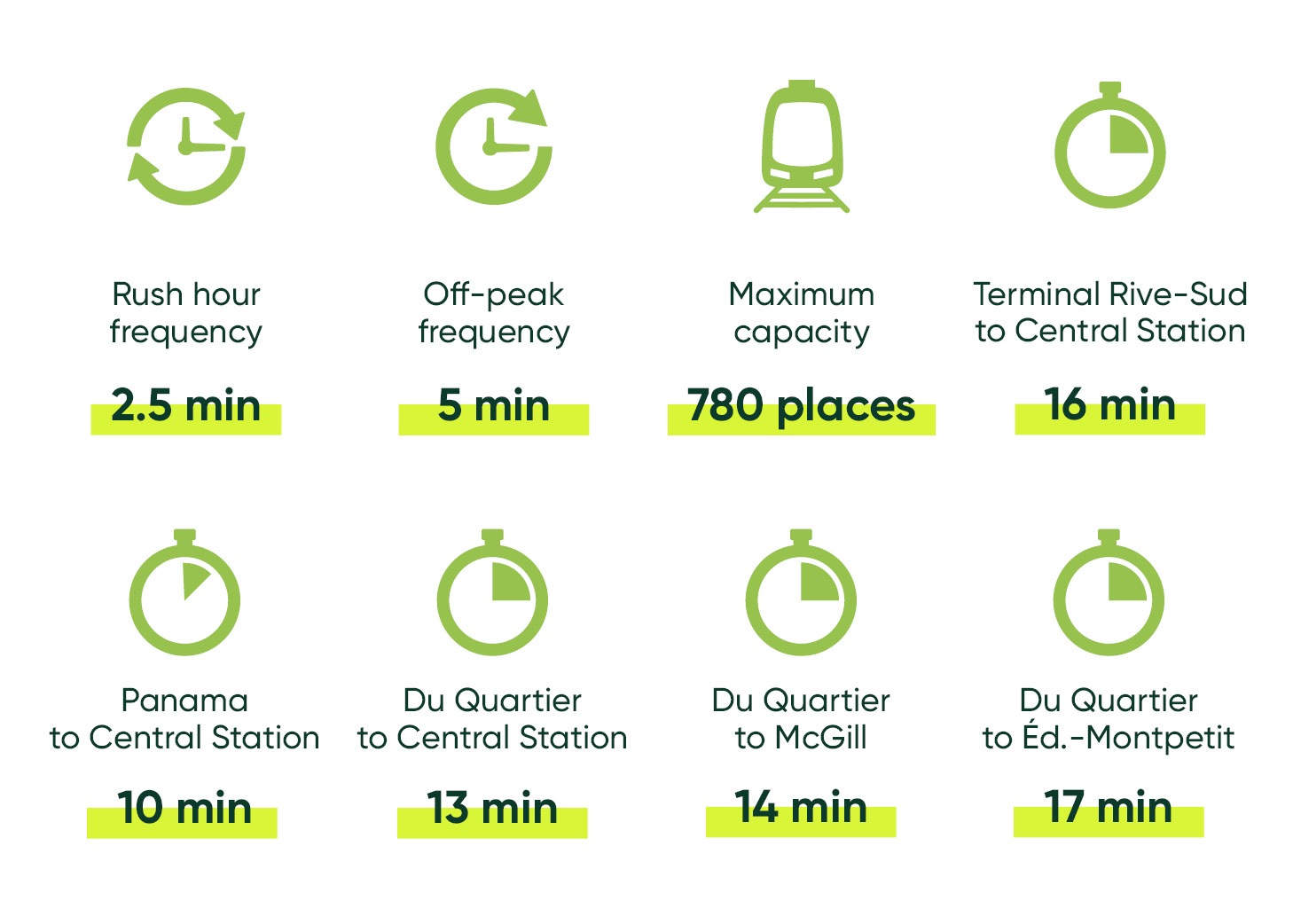 From buses to the REM: The user transfer issue

Some citizens are also worried about the time “lost” getting off a bus and transferring to the REM. REM stations are designed to ensure an efficient transfer, because the bus stops are located near the stations. For example, the Panama station will have some 30 bus platforms, all located near the REM platforms.

With the arrival of a metro on the South Shore, a reorganization of bus connections was required, as was the case when the metro was extended to Laval. When the REM is in service, bus networks will continue to circulate and serve the local population. Like the Montréal metro, the REM will act as a spine: local buses will travel to and from the REM to allow more users to cross the Champlain Bridge and get downtown.

The REM and winter

Start of tests on the REM, a driverless light rail system