Five things to keep in mind regarding REM cars

1- Characteristics of the car

The first cars arrived last October and you had the opportunity to see them today. What you saw was the first four cars of a fleet that will eventually be made up of 212 cars. And you will certainly see many other cars arrive in Greater Montréal in the coming months!

The REM is an automated light rail system made up of Alstom Metropolis-type cars. This model has proven successful and over 5,000 cars carry passengers every day in cities across the world such as Paris, Shanghai, Sao Paulo, Dubai and Sydney. This model has certainly proven to be reliable. Read on and discover how the car was adapted for Montréal in terms of its design and also to ensure year-round performance even during harsh Québec winters. Indeed, the design and operational features were specifically adapted to ensure the system can perform in winter conditions.

When operational, each departure will use a four-car train at peak hours and two cars during off-peak hours to save energy.

For your comfort, the cars will be air-conditioned in summer and heated in winter. A WiFi network will be accessible so you will also be able to catch up on your favourite TV shows during your journey.
The network will be powered by a 1,500 V catenary and the engines will consume over 300 kilowatt hours. This mode of electric transport will emit no greenhouse gases (GHG) and will reduce emissions by 680,000 tonnes over 25 years. 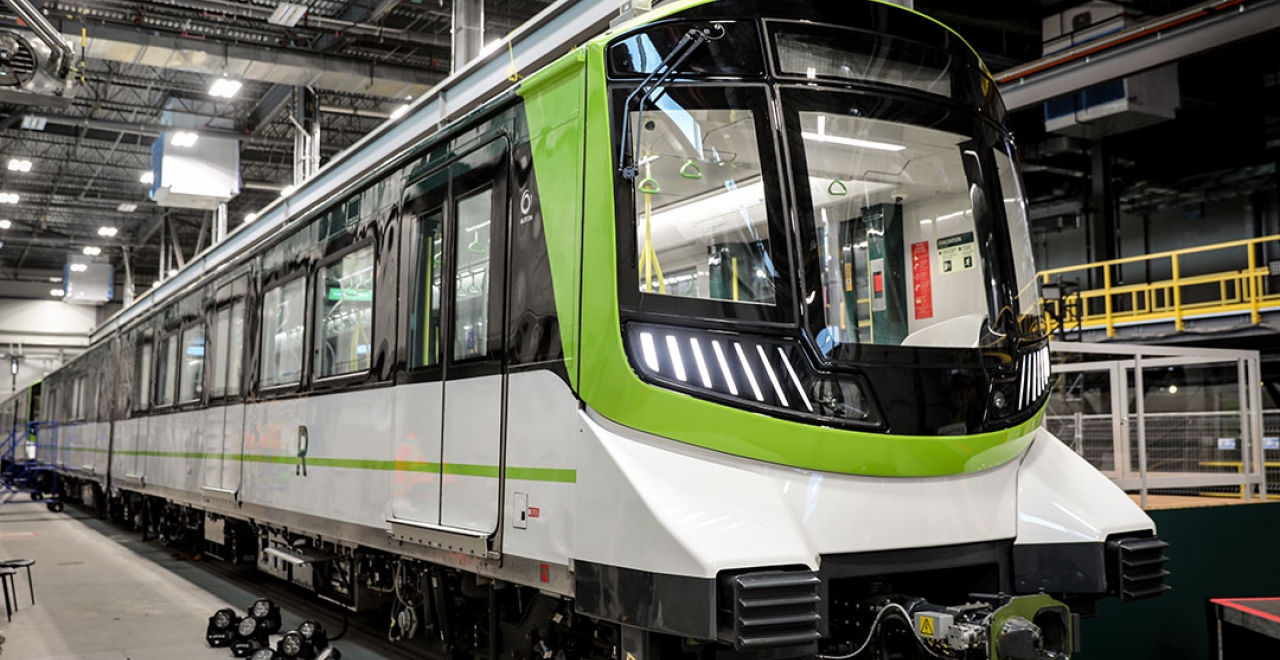 Unveiling of the first REM car in Brossard on November 16, 2020 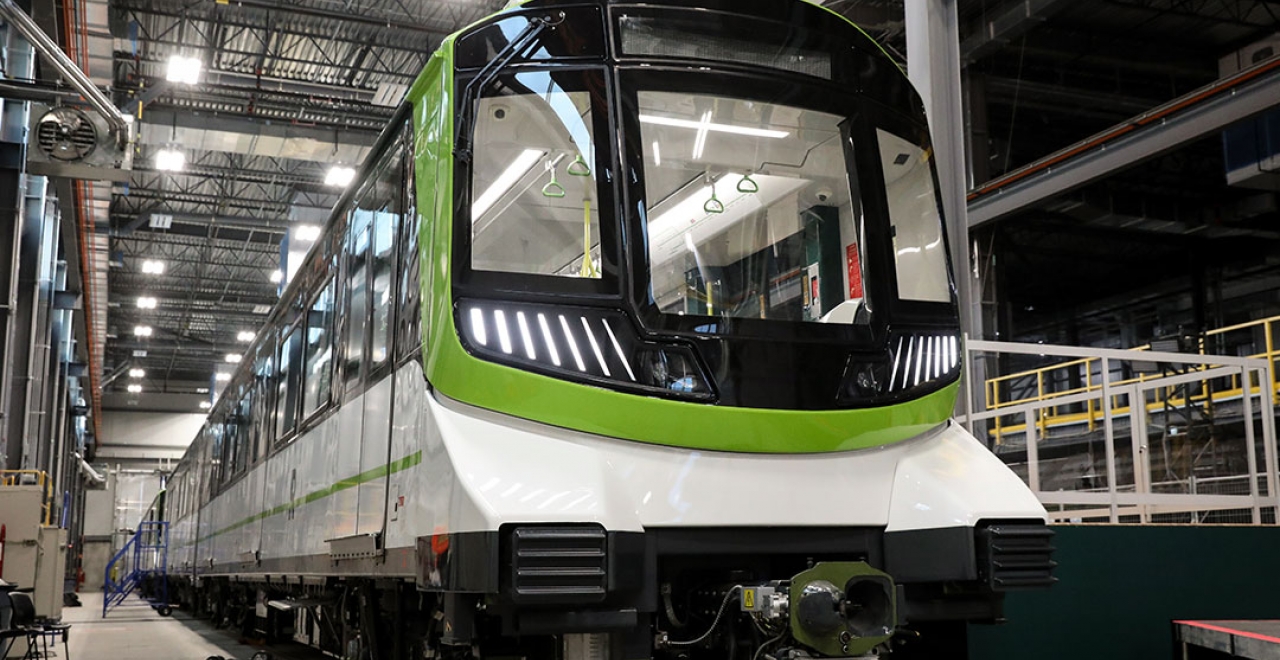 Over the coming weeks, you will be able to see the first cars travel along a 3.5-km segment from the Brossard station to just before the Panama station. 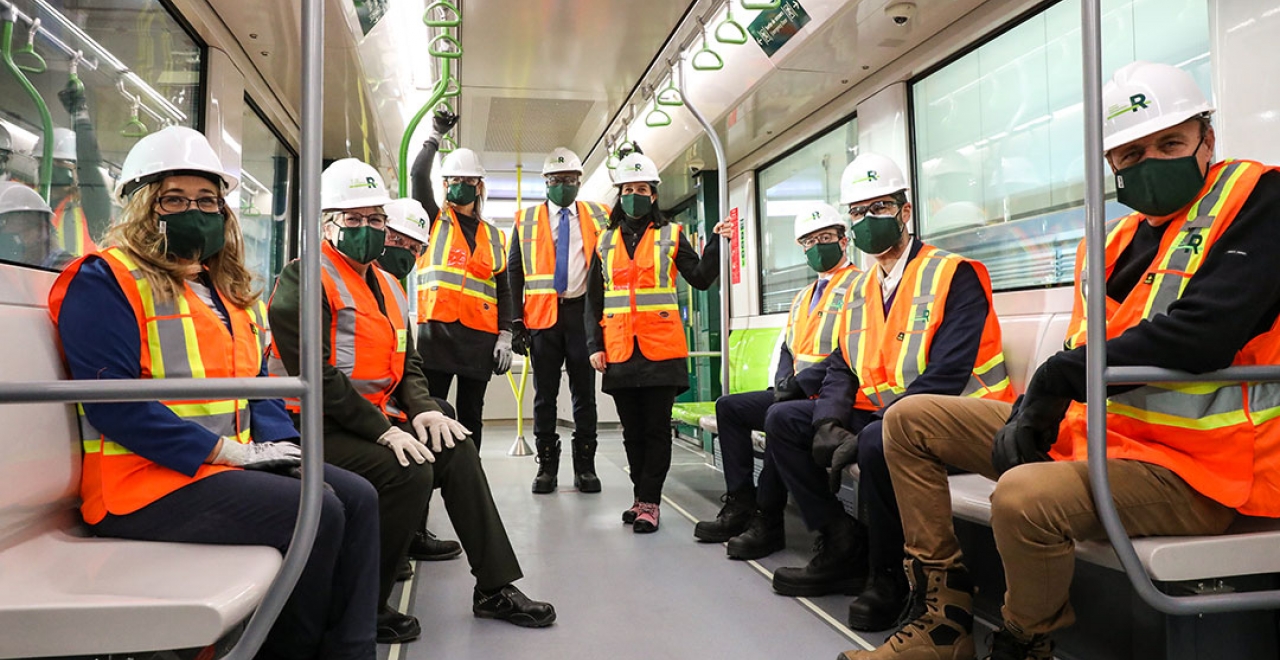 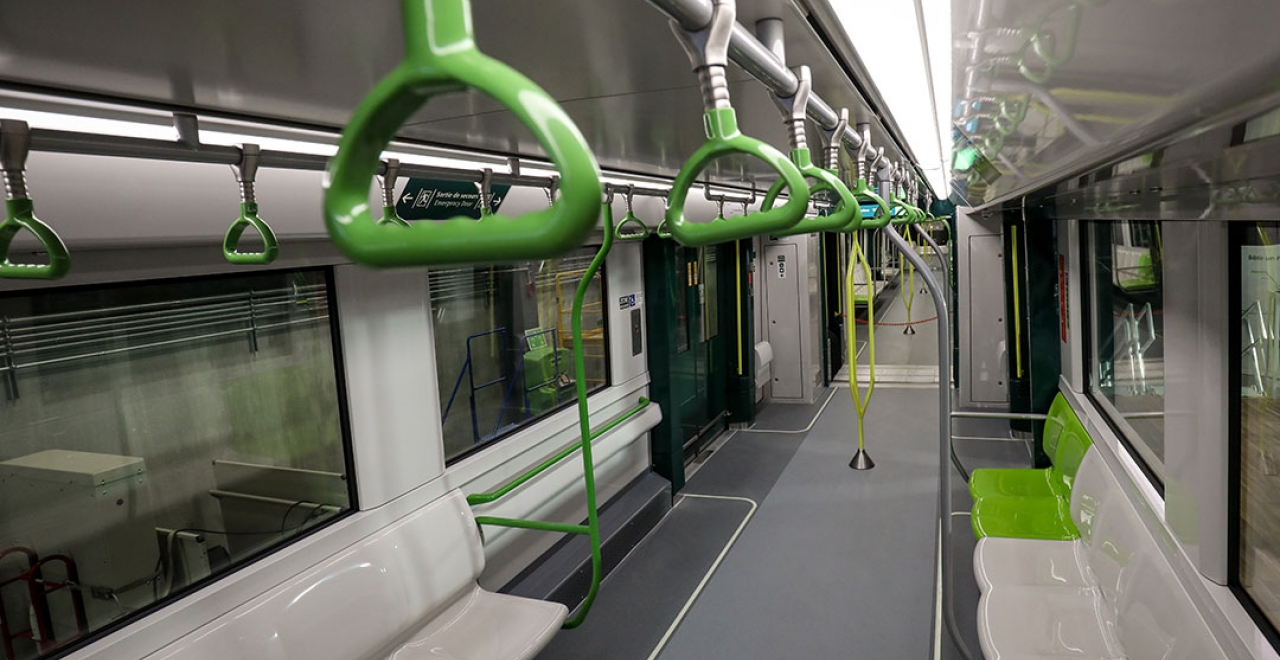 The colors were chosen to play on contrasts and make elements easily identifiable for people with visual difficulties. 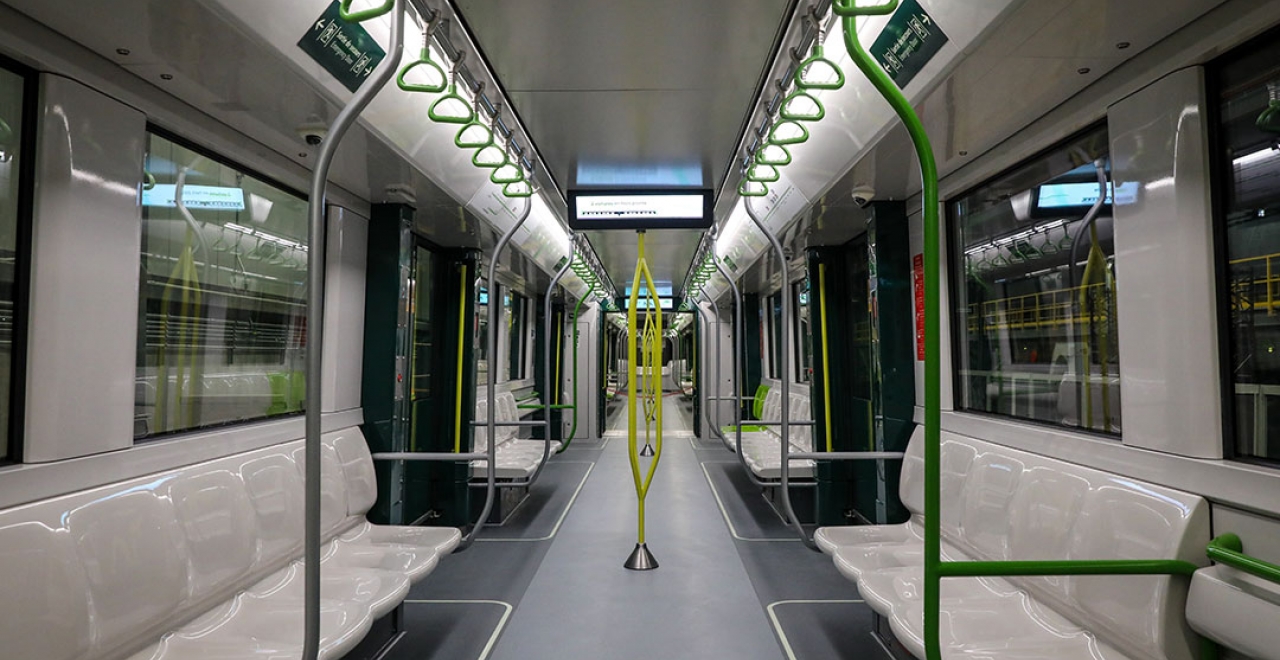 For example the door delimitation (dark green) or the grab bars (fluorescent yellow).
1 / 5 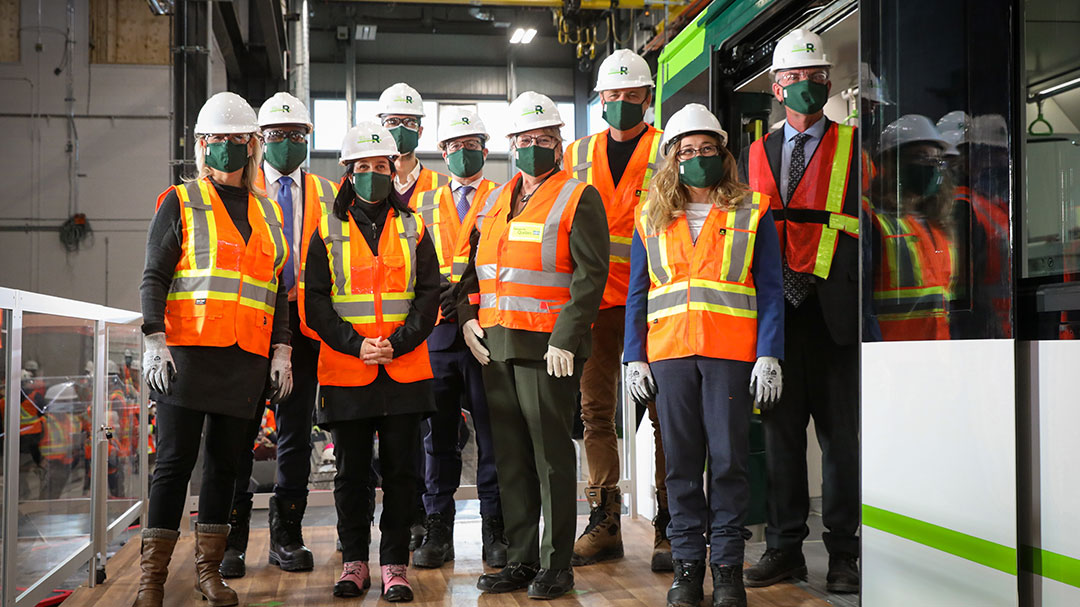 2- Cars designed and tested for winter

The Montréal car was specifically adapted for the city's climate of hot, humid summers and very cold winters.

The following characteristics were designed with these extremes in mind:

Furthermore, over the coming weeks, you will be able to see the first cars travel along a 3.5-km segment from the Brossard station to just before the Panama station. This segment is referred to as a "representative segment" since it reproduces all of the system components that will be found on the 67-km REM route and allows for testing of various elements of the network. Over a 13-month period, the entire system will be tested, from stations and platform screen doors to catenary, rails and the automated system.

The cars will also be put through their paces during static tests of the metros, the equipment and their features in one of the best climatic chambers in the world in Vienna. During these tests, the cars will be subjected to major temperature fluctuations and also to extremely low temperatures.

One of the REM’s unique features is that the 26 stations will offer universal access and be equipped with elevators. Therefore, the cars were designed to meet specific accessibility requirements.

A virtual model and a life-sized model were created in Montréal and tested by several people with reduced mobility to make sure that everything was in order before manufacturing began. Eight spaces in each four-car train will be reserved for people with reduced mobility or may be used for strollers, baggage or bicycles. The colours were carefully chosen to make effective use of contrasts and make elements such as doors (dark green) and grab rails (fluorescent yellow) easy to identify for people with visual difficulties. 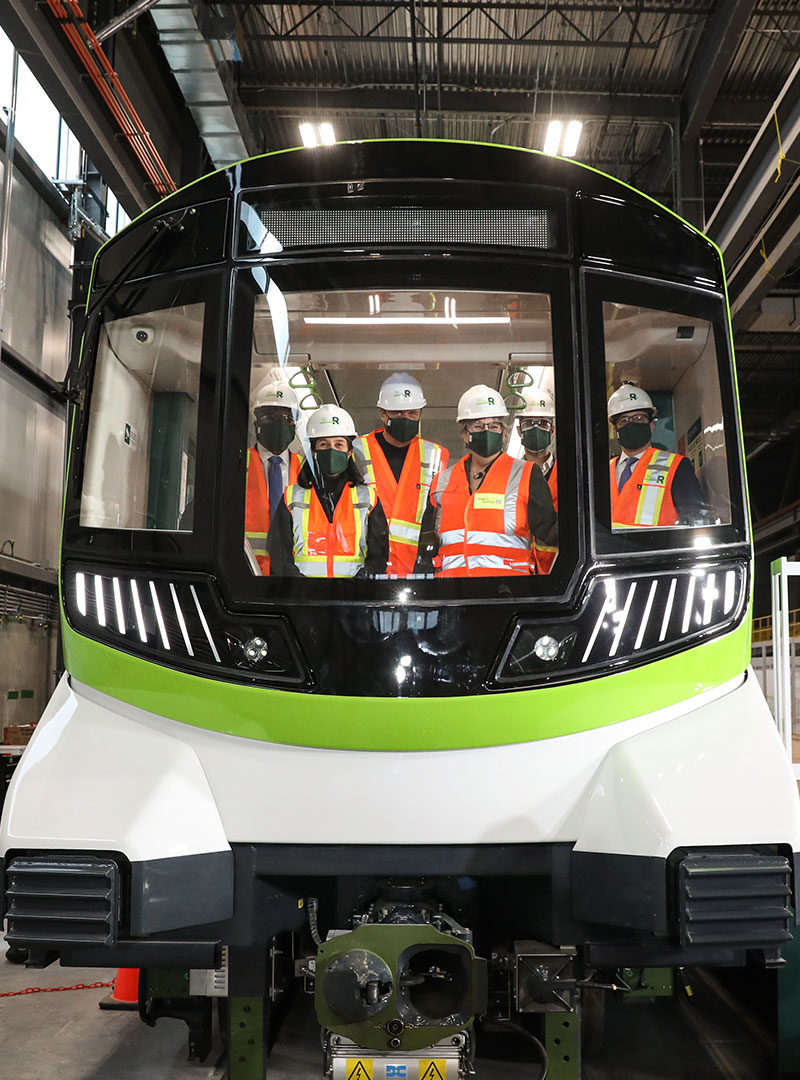 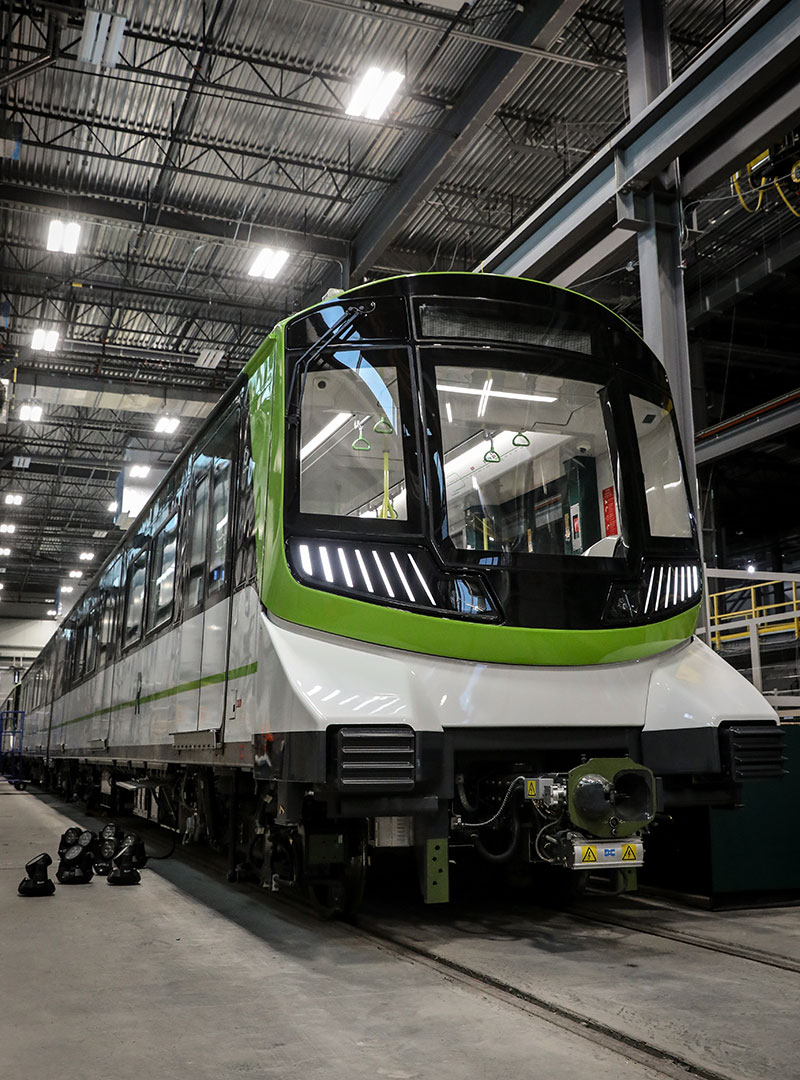 The car design is also particularly interesting because it was inspired by the city of Montréal, its iconic landmarks (Mount Royal and the St. Lawrence River), and its history (Expo 67). The public chose the most popular design during a 2018 survey. The Saint-Laurent model came out on top (42%), ahead of the Expo (29.5%) and the Mont-Royal (28.5%). The most prevalent comment was that the public preferred this clean, timeless design, as well as its headlights, which evoke the cables of the new Champlain Bridge.

The team also opted for one of the largest wraparound windows at the front of a light rail so that all passengers including young children can enjoy the views since the REM will travel mainly above ground. 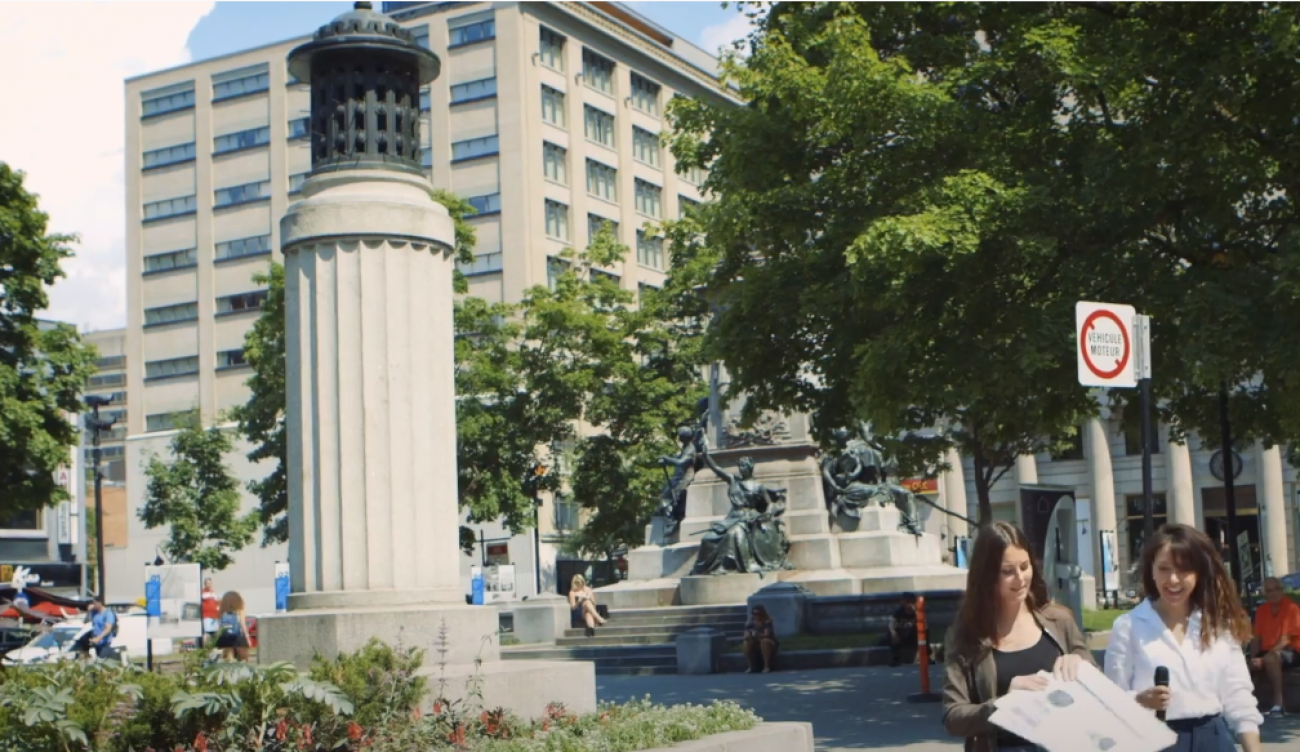 5- An automated system that offers breathtaking views of Greater Montréal

A final feature: The REM will be fully automated, meaning it will have no driver and will be operated from a command centre. This technology is widely used today and has shown the highest reliability rates in the world. The REM will benefit from the most advanced automation technology, the GoA4 system.

System automation is also beneficial when it comes to departure frequency. The current anticipated frequency on the central segment is 2 min. 30 sec. during rush hour and 5 minutes during off-peak hours. The system will be able to adjust the frequency as required in order to serve a greater number of users at specific times. For example, if the Canadiens win the Stanley Cup, we could increase the departure frequency to cater for a higher number of passengers.

Lastly, since there will be no driver on board, you will be able to ride at the front or the back of the train and enjoy the view from one of the largest wraparound windows in a light rail system. From the elevated structure, you will fly over the traffic while enjoying several impressive views across the city.  Find out more about the views and landmarks you can enjoy from the comfort of the REM by reading our article.

Alice, the tunnel boring machine, has completed its run to the airport