With service to the airport, Réseau express métropolitain will provide a long-anticipated link between the airport and downtown Montréal. The tunnel option, constructed with a tunnel boring machine (TBM), was selected to build this link and preserve the wetlands located in the Technoparc Montréal sector. Work with the TBM – nicknamed – Alice, began in October 2020.

In recent months, a maintenance operation was carried out on the tunnel boring machine’s cutting head. In order to perform this delicate operation without harming or disturbing the wetlands, the teams froze the soil with liquid nitrogen. Liquid nitrogen injected deep into the ground through tubes, in complete darkness and without any interaction with light or ultraviolet rays, is very safe and recognized as one of the best construction practices.  This technique was previously proven effective and safe elsewhere in the world, such as Vancouver and Paris, and even in some groundwater locations. Moreover, the air we breathe consists of 78% nitrogen. The intervention was successful and enabled work to resume.

At this moment, Alice the tunnel boring machine is about 360 metres from her departure point and about 20 meters deep. The wetlands are behind her and she is now partly in the rock mass, en route to her final destination, the Montreal airport.

Over the past few weeks, three new areas of settlement have been observed in the wooded area of the Technoparc as the TBM passed underneath. Here the TBM had to go through a very tricky transition zone between loose soil and rocky horizons.  This results in difficult geological conditions, with variable proportions of glacial till, dense clay, and whole and fragmented boulders. The TBM has now partly reached the rocky mass. Once it is wholly in the rocky mass, the risks of settlement will be small.

The backfilling of settlements was carried out between September 2 and 9, 2021 and is now complete. To preserve the quality of the wooded environment, the method used was validated by the MELCC and the City of Montréal. The soil used came mainly from the excavation of Marie-Curie station. The remaining backfill material was watery clay soil found in the same area. This is identical to the material present in the areas where settlement occurred. 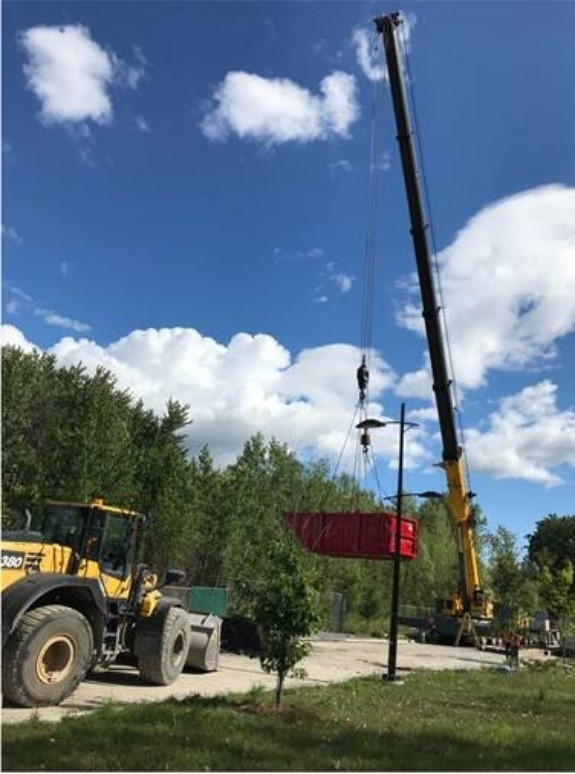 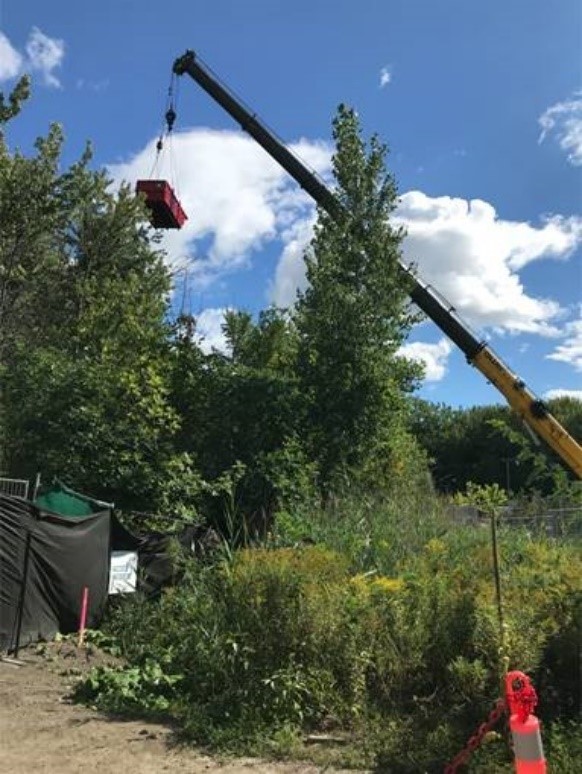 Photo of the backfill method

Ongoing monitoring of soil stability is being carried out by experts on the site of the settlements that have been backfilled, and surface visits are made daily by a geotechnical team to follow the TBM’s progress and detect potential ground movements. Finally, once the backfilled ground has been compacted and stabilized, we will restore the site’s vegetation in 2022.

Update on the dropping water level

In the last few weeks, the water level in Étang aux Hérons has dropped. Our teams of experts were immediately deployed to the field to determine the causes; we also informed relevant authorities, i.e. the MELCC and the City of Montréal. We then carefully performed the appropriate analyses since there are several reasons for this event.

Environment Canada’s rainfall records for the past ten years at the  Montréal–Pierre Elliott Trudeau International Airport also indicate that 2021 was particularly dry:

Furthermore, aerial photos from previous years (e.g., 2012 and 2016) show that in the past, this marsh has completely dried up during low-water periods. So, this is not the first time this marsh has dried up by late summer. 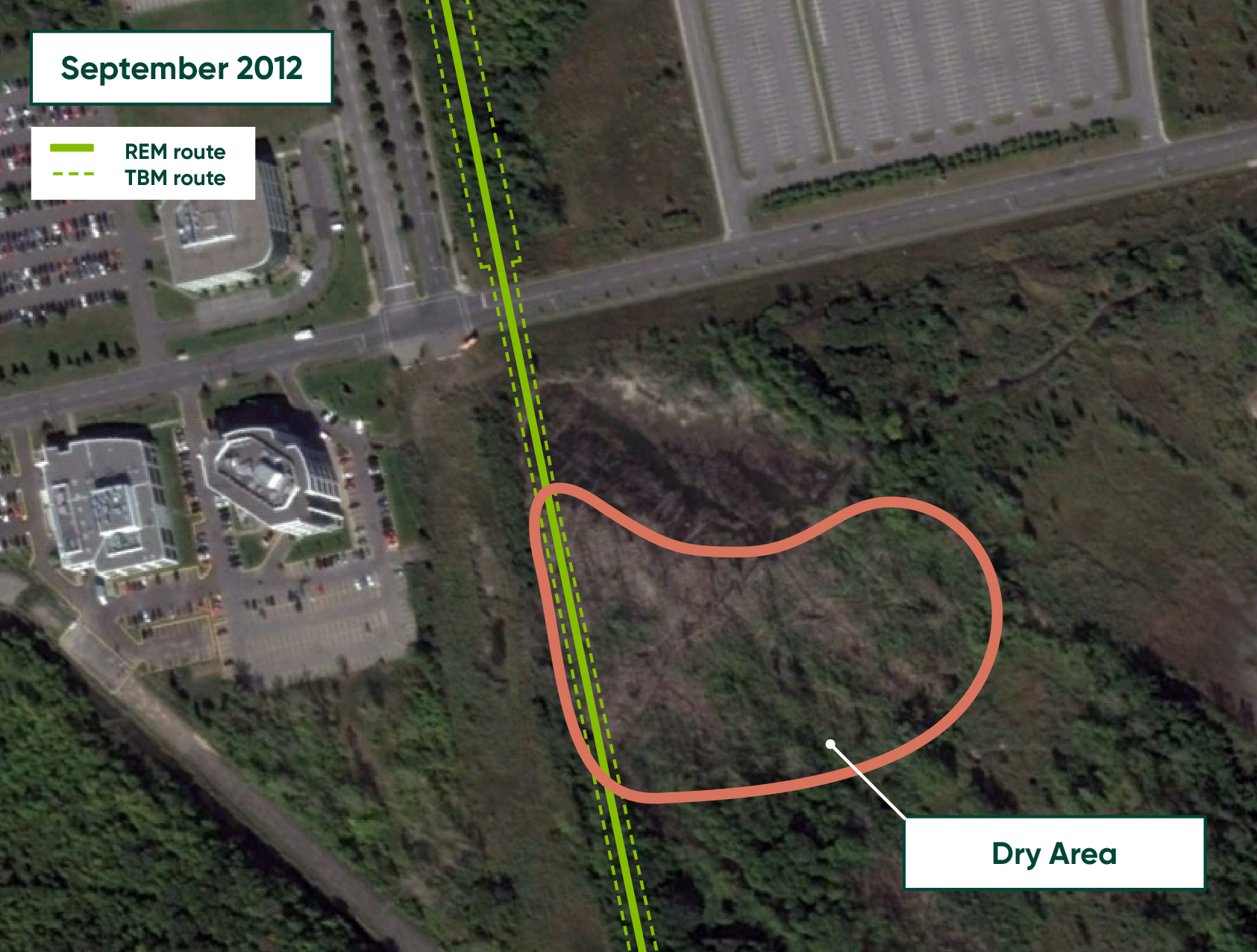 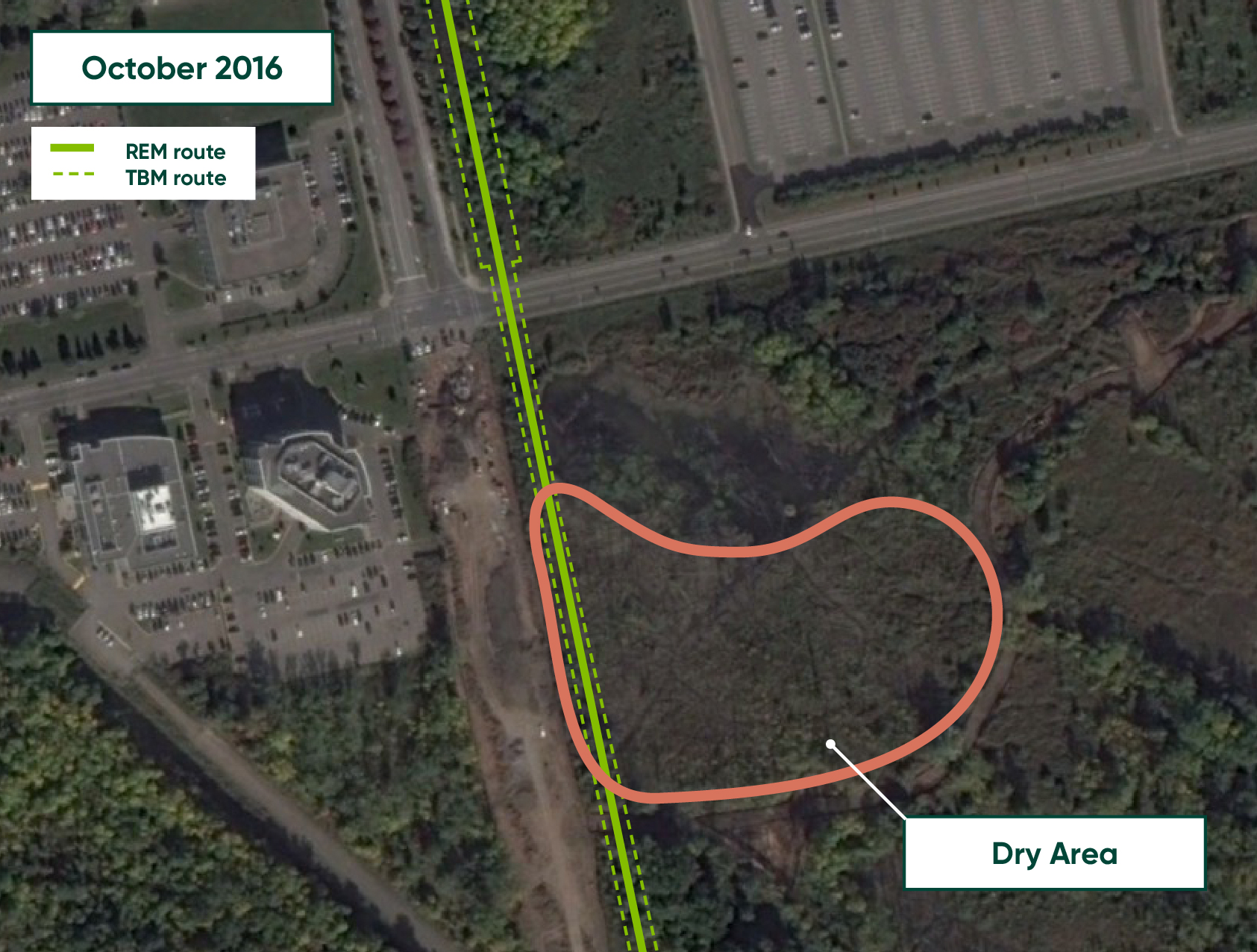 The conclusion our experts reached was therefore that the variation in the Étang aux Hérons water level would be linked to this year’s weather conditions.

Can water be added to the wetlands?

Yes! Although the causes of water level variations are natural, they can be corrected in a way that will benefit the species that live in the marsh. This technique is called recharging.  Given the presence of our crews in the area and our commitment and sensitivity to the preservation of wetland flora and fauna, with agreement from the City of Montréal and the MELCC, crews will recharge the wetland to remedy the situation.

Recharging of the area began on September 8, 2021, supervised by our environmental team, the goal being to raise the water level of the marsh. Water is added gradually over a period of several weeks to control the flow of water injected. The water is taken from the city’s water pipes and is safe for the wildlife living in the wetland.  In addition, nozzles have been installed at the ends of the pipes to allow dispersal of the water and chlorine. Our on-site experts have observed that the marsh still had free surface water before the recharging began, meaning that it never emptied and that there has been no loss of imperviousness.

After the wetland has been recharged, our experts will continue to monitor water levels regularly. 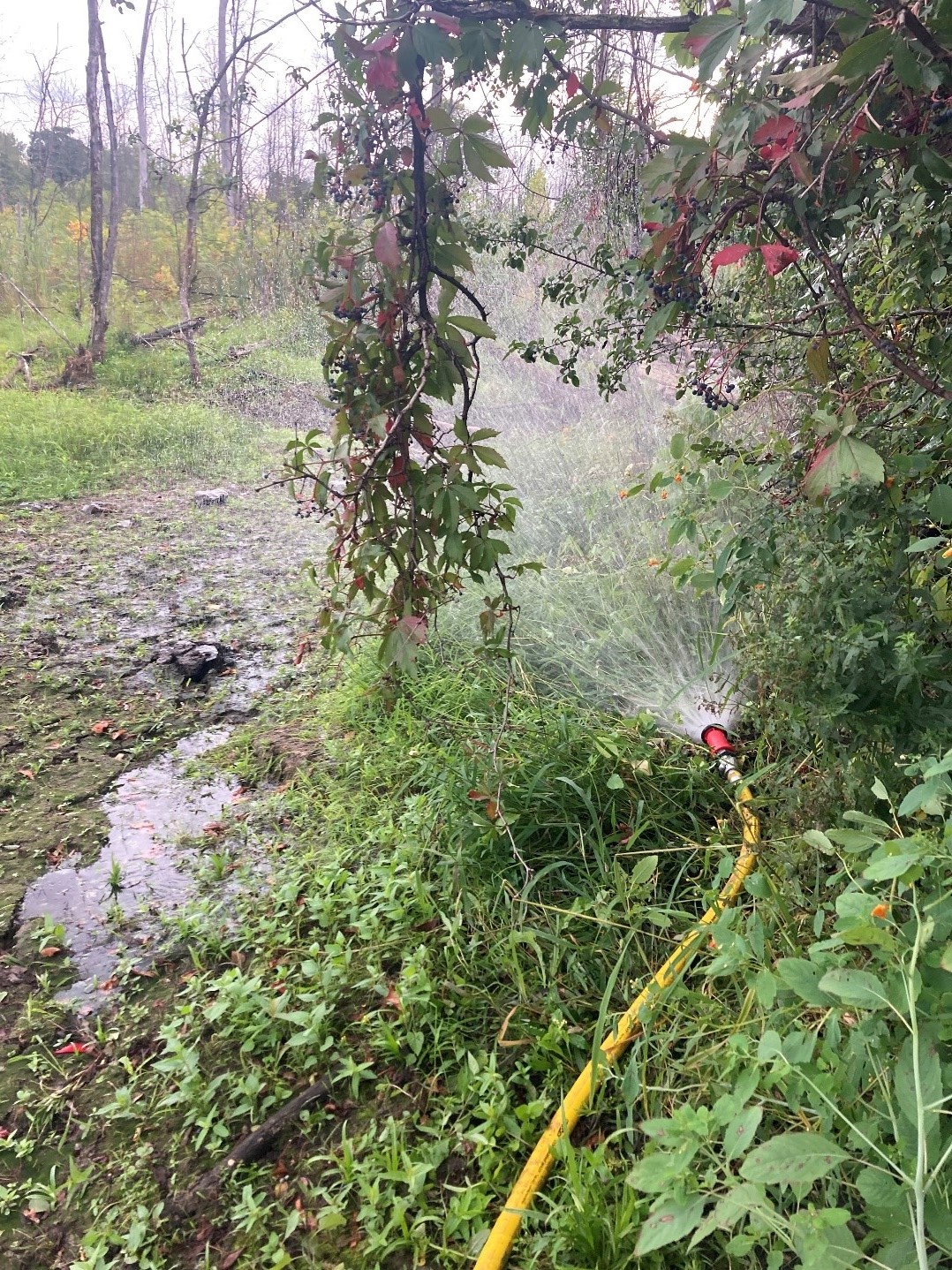