The complete modernization of the Mount Royal tunnel and the Deux-Montagnes line will affect the daily lives of thousands of train users as of March 30, 2020, when they will have to change their travel habits. In addition to implementing public transit alternatives, the REM project office and the Ministère des Transports (MTQ) wished to give downtown employers the opportunity to explore and share solutions for supporting employees who will be affected by the upcoming construction work.

On October 7, the Chamber of Commerce of Metropolitan Montreal (CCMM), in partnership with REM and the Ministère des Transports, hosted more than 200 representatives of downtown employers to raise awareness of the situation and invite them to explore solutions adapted to their employees. Companies that had already planned to implement good practices were able to share their experiences and practices with other professionals. 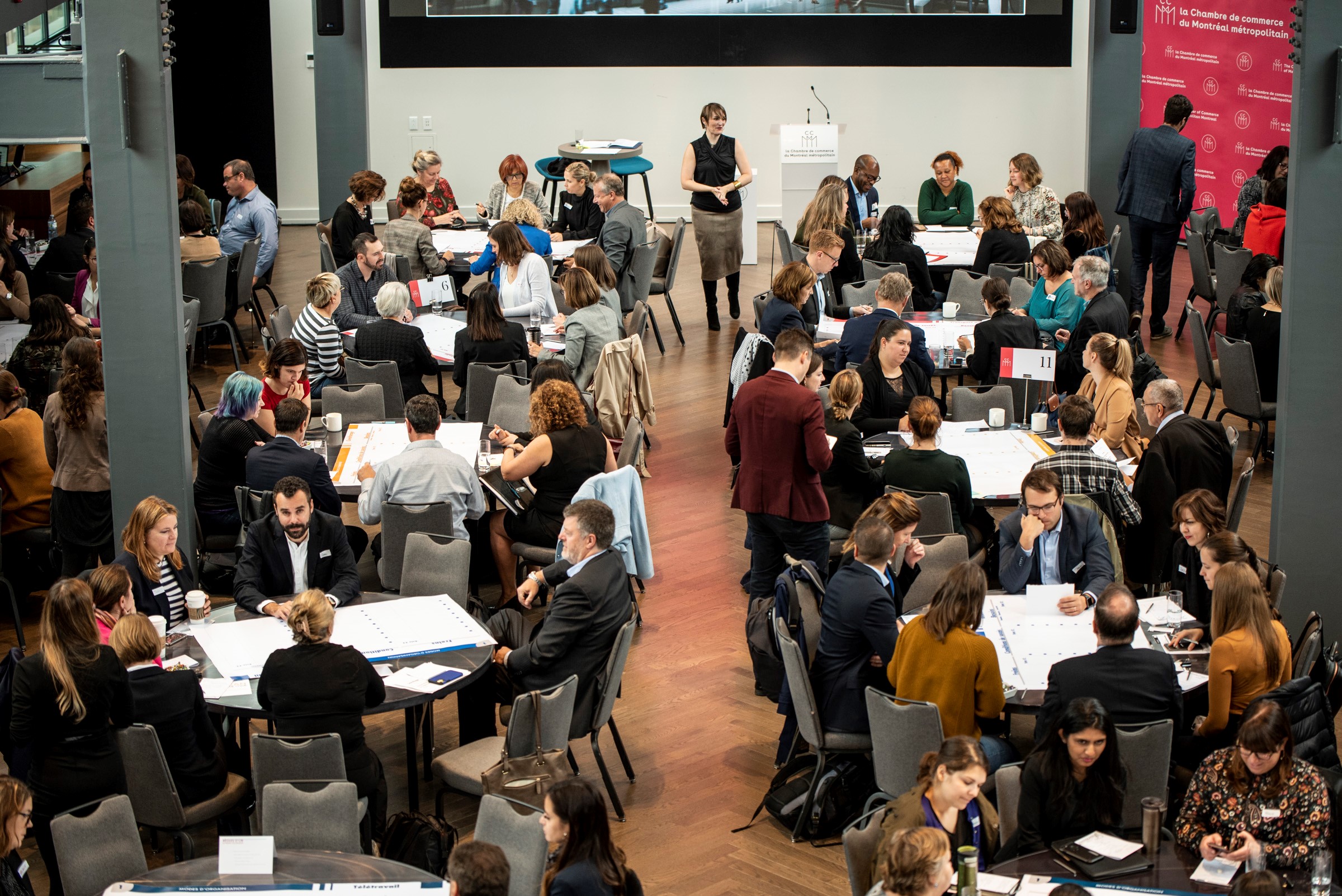 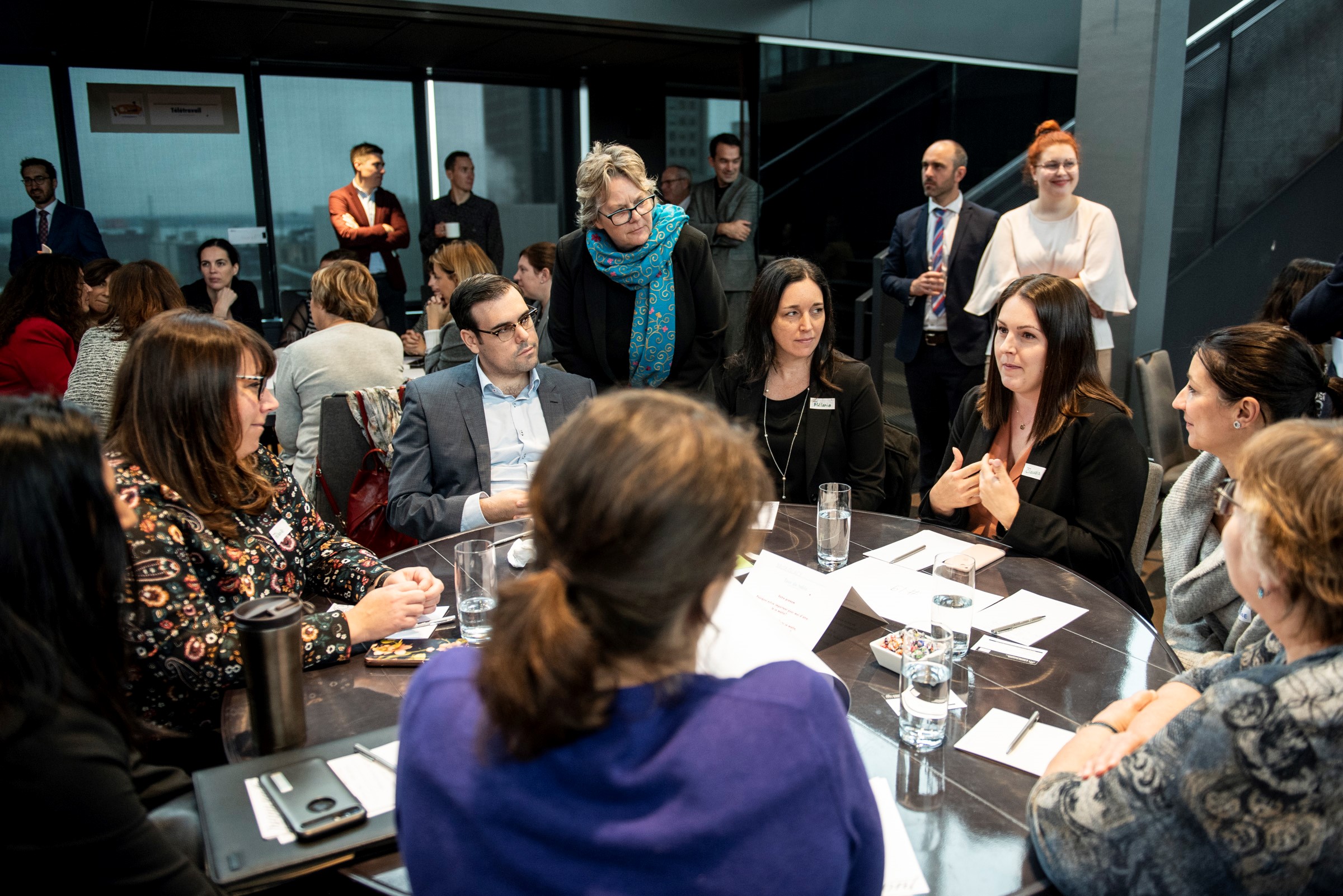 In the presence of the Minister for Transport, Chantal Rouleau, the employer representatives shared ideas on mobility solutions and good HR practices.

Among the themes explored:

A report summarizing the discussions on this half-day is now available on the CCMM website. It summarizes the obstacles, needs, conditions for success and steps for implementing each of the eight solutions listed above. This document is intended primarily for managers or HR professionals. 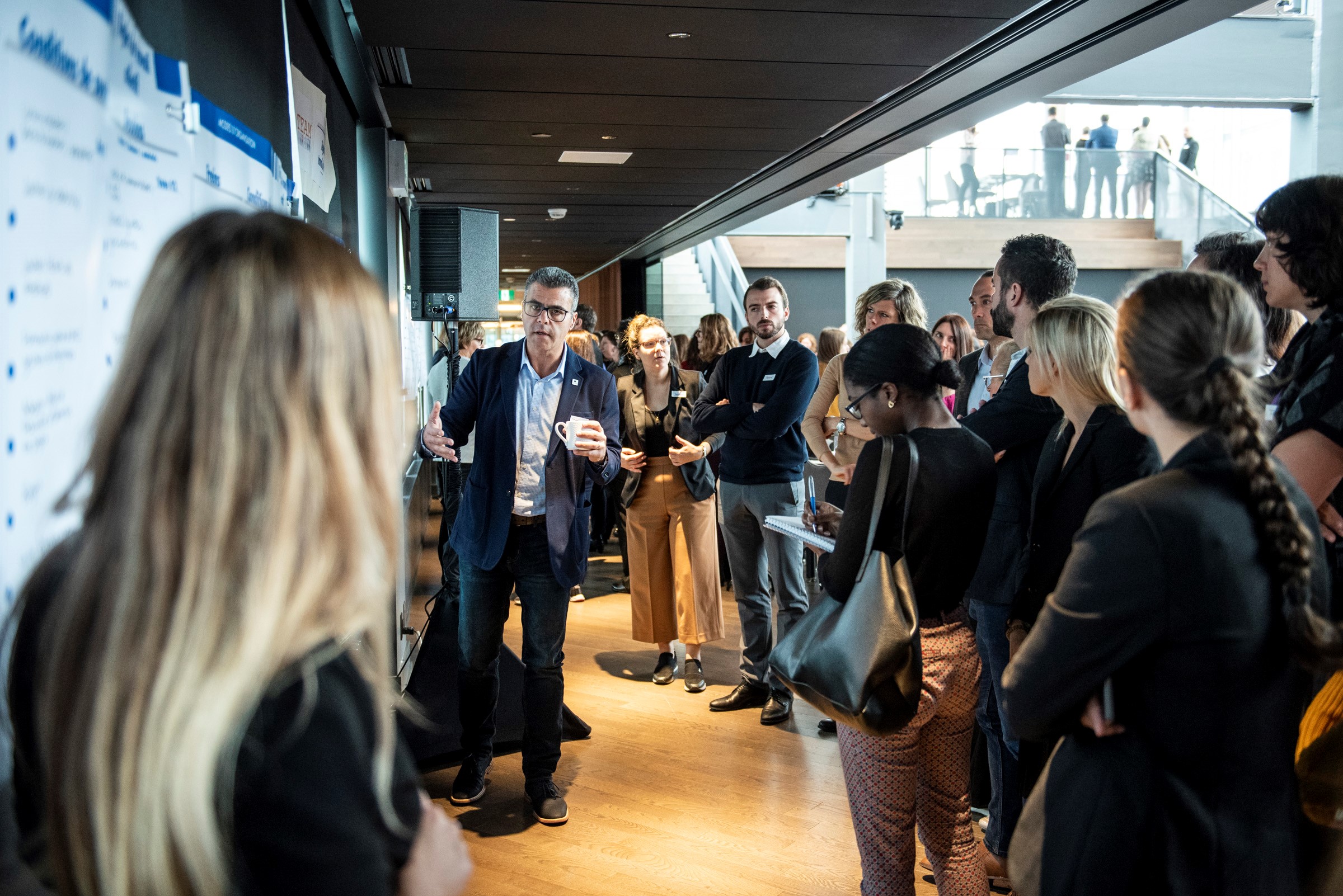 Employers as part of the solution: why?

In December 2018, a forum was held to identify ideas that complemented the public transit measures being planned at the time. Four of the six ideas identified at the 2018 forum focused on work and the role of employers as part of the solution. The fear of arriving late to work or of not reconciling work and family life because of disrupted travel habits is at the heart of users’ concerns.

During 2019, the conversation was activated and several employers were met by the REM project office.

And what happens next?

Already, employers are beginning to announce the implementation of measures within their companies. Some institutions, such as Desjardins and the National Bank, have announced the opening of satellite offices. The Quebec government is exploring the possibility of making premises available to its employees on the North Shore. Many other companies are talking about offering more flexible working hours or teleworking, while others are looking at shuttle or car-pooling options.

REM plans to keep employers informed with regular updates and bulletins on the progress of the work. To continue the conversation and promote networking, REM and MTQ will implement more creative initiatives to bring employers together and document progress on an ongoing basis.

To view the presentation made during this event, about the mitigation measures and the REM project, click here.